A matter of days after releasing her new album, “The Bride”, Bat For Lashes (Natasha Khan) popped by Rough Trade East to perform tracks from the album and one or two oldies. As an album, “The Bride” is an intriguing and brave concept album telling, as it does, a story of a woman whose fiancé has been killed in a crash on the way to the church for their wedding and her journey through conflicting feelings of love, loss, grief, and ultimately hope.

Whilst there may have been some nerves in the run up to the show, Natasha’s performance was both hauntingly beautiful, and wholly entrancing. Pitch-perfect, etherial vocals and the support of a really excellent band of musicians who played the delicate, nuanced melodies of “The Bride” with a real sensitivity, served to heighten the emotional impact of the vocals. It was really quite a performance!

For me personally, this show was also a bit of a watershed, I got accused of being “a Professional Photographer”! I think this was probably the result being found wandering around with the large professional-looking camera during the sound check scoping out where to stand rather than anything else… After initially being forbidden to take photos, a short discussion with the very reasonable manager/minder looking after the band later explaining that I shoot for fun, and I was allowed to shoot under a set of conditions… No flash, no shooting for the first few songs and then not too many shots. The minder/manager explained how that invasive photographers, especially those using flash, can put the band off their performance ruining the event for everyone. I respected these conditions and took many fewer shots than I normally would. This meant I had plenty of time to really enjoy a great evening’s music.

It also got me thinking… As I bimble fairly aimlessly around the wonderful and strange world of live music in London, I think it’s fair to say I’ve come across several photographic “Tribes”, some numerous and ever present, some rare and seldom seen gathering in numbers. Some individuals transgress and blur the boundaries between the tribes, but each grouping has its own distinctive characteristics.

There’s the smart phone toting masses who light up the faces of the crowd with their brightly lit phone screens as they hold them up in font of themselves to get that perfect shot over the heads of the people in front. Often they’re filming, making wonderfully tinny recordings of the action and kindly allowing those standing behind them to enjoy the show in a splendid visual stereo consisting of the performers on stage and their miniature doppelgängers reproduced on the smart phone screen. Whilst I’ve seen some great shots taken on the IPhone as they seem to handle low-light levels and LED’s well, I do wonder where all the hours of video clips end up… 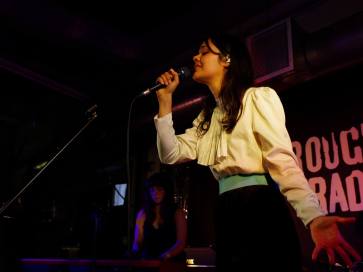 Then there’s the “Avid’s”. These are a particular group of (mostly) gentleman of indeterminate age who almost always end up in the front row of the crowd through years of highly honed crowd dodging and perfectly timed arrivals. They are the true music lovers, regularly travelling across the city to fit in several bands a night after the day job ends. Often seen in ones and two’s, but when gathered in numbers you know you’re in for a great show from some really good musicians. These chaps shoot with an incredible range of kit, depending on what they can afford and their personal take on low-light camera gear-nerdery. Kit covers everything from beautiful full-frame Sony SLR’s, through numerous bridge camera’s and mirrorless interchangeable lens systems often chosen for their small size and pocketability to the cantankerous, elderly pink digital compact with a mind of its own and its own strong ideas about when exactly the shot needs to be taken. Sometimes, very rarely, there’s a brave soul with an Olympus OM10 and an expensive, high-speed, film addiction… They shoot for the joy of it, the challenge and frustration of trying to get that perfect shot and, above all, the love of their music. I know a few shoot to be in control of something creative, to indulge in an activity that is the complete the antithesis of the mechanical, grey day-job and as a consequence both a release, and relaxing as well as providing a real sense of achievement. Many of the photos get shared through twitter, facebook and blogs some have even ended up in major newspapers (uncredited of course!). These chaps are the underground music scene’s in-built pictorial bush-telegraph spreading the word (well image…) of great performances and providing an important service for the smaller, unheard of bands the pro’s and press simply don’t reach until the hype does. They’re all, as a rule, incredibly considerate photographers. There may be the odd flash (especially if the pink compact has anything to do with it!), or red focussing light, but these guys usually pick their spot and stay there being careful not to get in the way of the rest of the crowd or cause too much disruption (or draw too much attention) around themselves. They’re there to enjoy the music too, just like the rest of crowd.

Then there’s the pro’s. Often seen toting large flash-guns, or on occasion the tell-tale dual camera harnesses enabling them to switch from wide-angle to telephoto to get the close-up ultra-quick without changing lenses. These guys (and gals!) are here to get the shot that pays the bills, and they do get some spectacular shots capturing the moment with close-ups that I envy immensely. Rarely, this is achieved discretely with the minimum of impact on the rest of the music-loving crowd. Often it’s achieved by chasing the action, getting in close to the artist, very much in between the band and their audience to get the perfect shot. Freezing the action with pin-sharp focussing and decent depth-of-field means deploying the flash. Sometimes rather a lot of flash… I have a lot of respect for these photographers, they’re there to do a job and they’re driven to get the perfect shot, the one that’s going to be the centre spread for the article or the front cover of the magazine. They have to deliver because if they don’t there might not be another commission but this can mean that they perhaps do not respect the rest of the crowd as much as they could and can spoil the show for the people they pop up in front of or blind with the flash. Their incredible drive does set them apart and they do achieve some incredible images, but I wonder if it comes at a price for them too. Do they still get to enjoy the show? Or is it all about the thrill of the hunt? I can’t decide if joining the ranks of the Pro’s is something I want to aspire to or not…

My suspicion is that the Pro’s probably absolutely hate people like the “Avid’s” and myself who often turn out a decent result and actively share their images for the kick of seeing someone enjoy them. I also think it’s likely that the Avid’s and Pro’s fulfil quite different roles for the majority of the time working at different ends of the musical spectrum. It’s usually only when the hype builds and the band is being actively promoted that these worlds collide there’s the possibility of an issue. A record label can’t police the images taken on an IPhone or by an Avid and they don’t control where they end up or how a band is portrayed. That drives a kind of paranoia that’s potentially a huge source of friction. My experience so far, is that with a smile, some clear communication to work out what the issues are, and a bit of give-and-take these issues can all be sorted out. There’s a place for all the photographic “Tribes” and I’m sure that no-one takes a photo in a way that’s intentionally designed spoil anyones evening, but without respect for the people around you in the crowd and the artists performing for you, it is definitely a possibility that chasing the perfect shot can have an adverse impact on someone else’s evening… Perhaps sometimes it’s better not to take the shot and just enjoy the show instead? 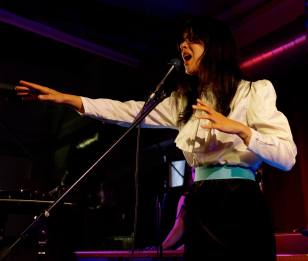 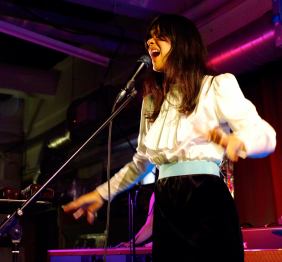