The Lock Tavern might not be the biggest venue in London, but tonight it is packed out to celebrate Roadkill Record’s launch of a limited edition split EP on cassette featuring Broken Soundtracks and Weird Sex. The night starts out with sets from special guests Average Sex and Secret Tongues and as a result the crowd is very much “in the mood” by the time Weird Sex take to the stage.

Weird Sex are somewhat of a “supergroup” consisting of Chris Blake on Guitar and Keys (Sly Persuaders), Kaoru Sato on guitar and vocals (Deathline and Easterhead), Benjamin Many on Drums and is fronted by the irrepressible Joey Ackland (Suicide Party).  Their set starts explosively with the tidal wave of menacing, reverb-soaked, electro-punk that i 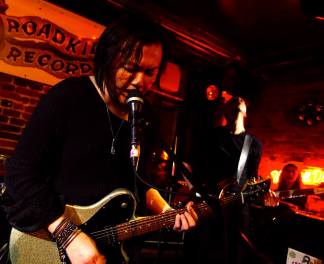 s “Mummy’s Little Soldier”, recently released as a Video directed by John Clay (and splendidly lit by Lampy!). There’s a manic intensity to Joey’s performance and a manic glint that never leaves his eye. There’s also a swagger, and sardonic edge to his smile (or is that sneer?) that leaves you wondering just what is the correct safe distance to view this performance from. The diminutive stage at the Lock Tavern can barely contain the quartet as it is, and as their second track begins, the crowd has only seconds to wait before they find out that no part of the venue is safe. Beer (and wine!) flies as Joey surges into the crowd. “Audience Participation” is both abundant and exuberant and all the while the band plays on with its thundering, effects-heavy noise, rich in scratchy guitar and rolling drumbeats. This is relentless rocket-fuelled, fuzz-laden garage-rock and the crowd clearly enjoy the show and, at times, being being part of the performance! 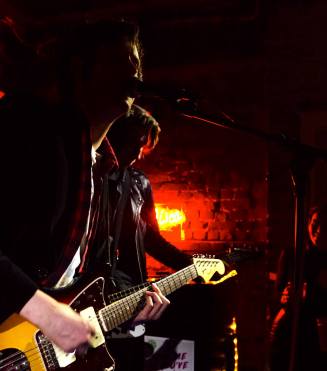 Weird Sex are not an easy band to follow, partly because of their cracking performance and partly because the sound engineer has some magic to weave in resetting the stage. After some minor teething during soundcheck, Broken Soundtracks, fronted by Charlie Sundown, launch into their set. This a gloriously solid surf-rock and roll with jangling 70’s-infused riffs and and melodic, catchy bass from new band member Vince Primitive lurking beneath the rich reverb-heavy guitar kicked out by Charlie and Elliot Vernon and thumping drum beats from Dario Corsetti. It’s music to compete with a roaring engine note driving a California coast road with the top down in the sun. The band clearly enjoyed themselves and Dario’s jazz drum break brought smiles and laughter to the whole room. There’s a lot of familiar faces in this particular corner of the London scene and there’s a joyous almost jubilant atmosphere as the night’s live music began to draw to a close. Of course, it was Joey and his accomplices that were the catalyst for the final chaotic mosh to kick-off as Broken Soundtracks closed out the evening’s live music.

The Roadkill family certainly know how to party, and for many, the night was yet young…

This article was first published Here on Rock at Night 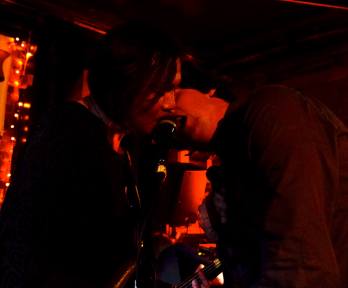 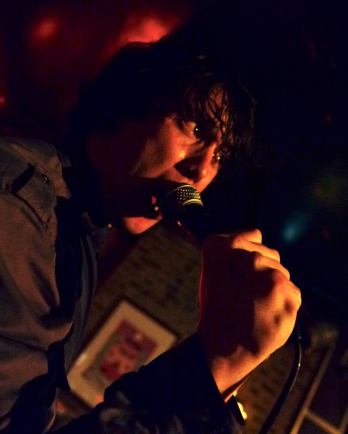 Did you leave this somewhere? 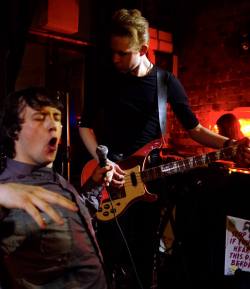 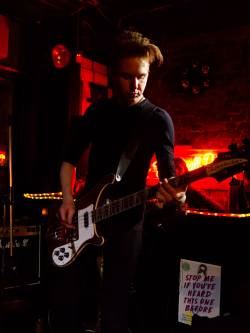 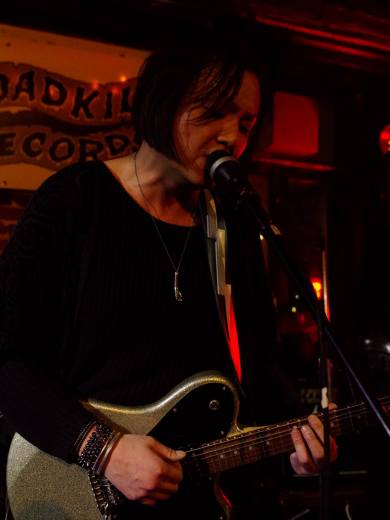 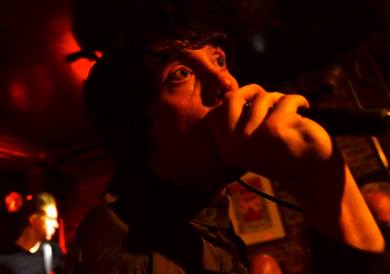 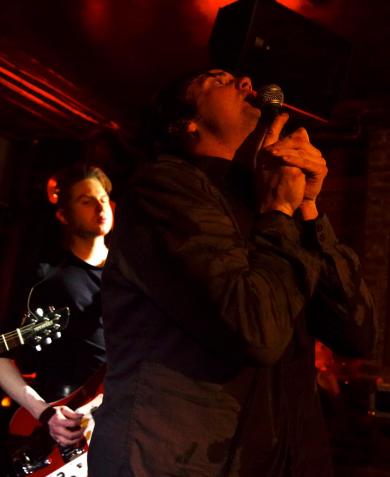 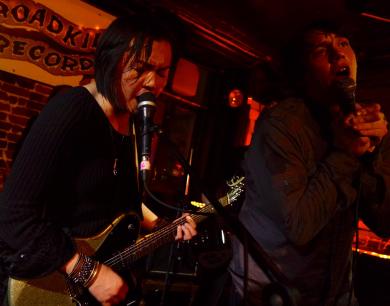 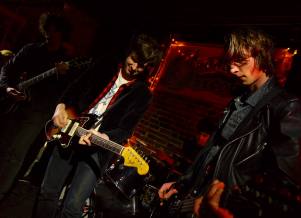 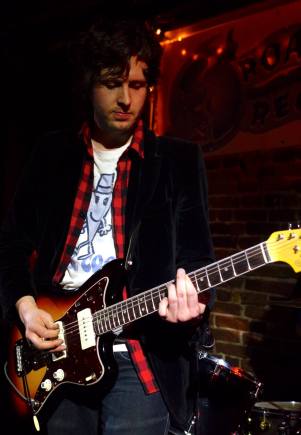 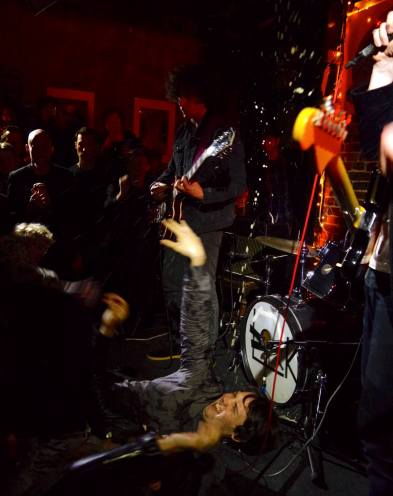 Joey’s “Triumphant” return to the stage!

A note from Mr.Fox: The Lock is a tough venue to shoot. It’s small so there’s not much room at the front to get decent angles on the band unless you stake a claim early. You’re really close to the band, which is awesome because Joey from Weird Sex put on one hell of a show, but means you better focus fast or pre-empt where the singer’s going to go next. The only serious source of lighting provided by a couple of quite heavy duty par cans which are just a tad too close for the blinding power of the lights. You can tell they’re too powerful because they’re squarely aimed at the crotches of the performers at the front of the stage, any higher and they’d blind the performers! This leads to some interesting photographic challenges resulting from the strong contrast above waist-level leaving the performers faces in darkness. This means if you meter for the face you’ll blow out the guitar etc… but if you don’t then you’ll leave the face in darkness. The lack of lighting also means you frame the performers face in the darkness of the back wall of the venue. Dark hair, and metering on the face can mean there’s simply no difference between the hair and the background of the shot and their hair magically vanishes leaving a disembodied face in the darkness… Of course one solution is to blaze away with the flash gun (as one of the other photographers chose to), but whilst you’ll get the shot, you’ll miss the atmosphere and leave those around you partially blinded and generally somewhat miffed… Another less intrusive course of action is to embrace the darkness and move to the flanks of the stage and try and get something less dark behind the artists by picking up some of the smaller less powerful light sources around the edges of the room and play for the silhouettes. Some lighting solutions might involve putting a diffuser on at least one of the pars so it can be angled further up, or replace the large lights with four or six smaller ones at a range of angles to the stage. Providing some more light on stage by uplighting the drum kit might also have a powerful effect (and provide visual proof that there actually is a drummer somewhere in the darkness at the back of the stage!).