London has 8.6 million people squeezed in to its 1500 square kilometre footprint. It’s an incredibly rich melting pot of cultures and influences. All of which means that musically-speaking, if there’s something you want to find, it’ll be here somewhere. You may have to risk a journey down more than one dark rabbit hole to find the Wonderland you think you’re looking for and you need to be ready to embrace the unexpected when the particular rabbit hole you’re traversing takes an unforeseen turn. For me, one of those somewhat unanticipated but utterly brilliant musical experiences was the first Jonesing Jam. Christened “Worlds Collide”, the first jam and brain child of Ella Stormark, saw four musicians take to the stage for a night of heavy, blues-infused, prog-improv. A cracking night’s music ensued made all the more impressive (and courageous!) for the musicians having only really had the chance to practice one cover song to round off the jam before taking to the stage. The Jonesing Jams are now a true highlight of my musical calendar.

Last Friday night the crowd gathered in the black-walled cavern just off Brick Lane that is 93 Feet East for the latest edition of the Jonesing Jams named “Fireball”.

The evening opened up with a thumping set of heavy, sludgy, psych-rock infused with eastern and arabic influences from trio GNOB. Their eastern influences extended beyond the embroidered kaftan of vocalist and guitarist Nicholas George providing some truly enticing musical accents for the band to layer on top of a solid foundation of 70’s hard rock fuzz. Word has it there is exciting news about new recordings to come from this band soon…

With the bar set high from the very start, you might have thought that Belfast trio Electric Octopus would have somewhat of a hill to climb, especially since their regular drummer Guy Hetherington broke his elbow two days before the band were due to start their tour. With only a day’s notice, Daniel Laird bravely stepped in to fill the drummers stool. Having never encountered Electric Octopus before I would have not have known they were playing with a stand in drummer, that’s how tight the band sounded. The surging solidity and pace of GNOB’s heavy eastern-infused sound contrasted beautifully with

Electric Octopus’ relaxed, more traditionally bluesy sound. Led by the impressive guitar work of Tyrell Black which cannot not be described as anything less than sublime, Electric Octopus swooped and soared through the dark uncharted spaces somewhere between jazz and psychedelic-rock creating extended soundscapes that didn’t just demand your attention, but stole it without you even noticing, let alone giving you the chance to put up a fight. Part way through the set, Rich Noakes from Derelics took a short spell at the drums bringing a adventurous sharpness and injection of pace that, whilst initially at odds with Electric Octopus’s previous sound, was soon folded and absorbed in to the haze and reverb in the spaces between Tyrell’s serene guitar work as if changing drummer part way through a set was the most natural thing in the world underlining the ethos of the Jonesing Jam. Even without their normal drummer, Electric Octopus produce an incredibly exciting sound, one I would be more than happy to lose myself in again.

The final support at before the Jam itself were RIDDLES. This five piece from Hastings are known for their riff-heavy, Sabbath space-rock style and frenetic, raw punk attitude on stage. Sadly tonight they’re missing frontman and guitarist Jimi, but even with a man down, RIDDLES can still kick out one hell of a noise. The monstrous form of the Moog, its attendant effects pedals and veritable jungle of wiring that’s been squatting silently at the side of the stage was coaxed in to life by Alex Aspin to create a howling accompaniment to spiralling riffs and reverb-laden guitars and pounding drums in this dominantly instrumental set. RIDDLES’ sound has a distinctly harder edge than the bands that have gone before, it’s music that’s filthy and chaotic and filled with a malevolent energy that’s transmitted directly in to the appreciative crowd.

The evening’s main event is the Jam itself, “Fireball”. The stage at 93 Feet East is simply rammed as the musicians begin to set up. There’s an air of hesitant expectation and perhaps even slight nervousness within the crowd because simply no-body knows what’s coming next.. Nicholas from GNOB, Tyrell from Electric Octopus, and Alex from RIDDLES who have each already played with their own bands this evening are joined by Zel Baterista from Vodun on drums, Jiwoon Whang from Swedish Death Candy on bass and Reno Lee Roth fro Derelics on guitar making for an impressive line-up. In the support acts for the Jonesing Jam, Ella has cleverly brought together a thematic set of three bands that have each created their own very distinctive sounds by emphasising, and building on different elements of a broadly similar melange of 70’s prog/hard rock influences. You could say that each band play a form of spacey psych-rock, but each band also produces a very different sound and the quality of the musicianship impressive. So when you look closely at the at who is around you, it’s hardly a surprise that it’s possible to spot a lot of musicians from a broad range of bands across the London scene lurking amongst the crowd. It’s an audience that’s united by the excitement of seeing artists perform for the pure thrill if it, and the joy of the Jam is what we’ve all come here to see.

Once the musicians have got their kit set up the Jam just begins… Without any ceremony each performer in turn watches and listens to the beat, picks their moment, and dives in. Their distinctive sound is added to the deepening melting pot and in less than a minute the Jam is in motion. And what a glorious beast it is! Whereas the support acts all had a

backbone of straight-up hard rock buried somewhere beneath the surface, the Jam takes a different path, one that is altogether more funky with a far deeper groove than might have been expected. As smoke rose from the joss sticks wedged in amongst the backline of Orange Amps the music meandered as each artist in turn took the lead following each others visual and musical cues. At one point you could feel the  Jam beginning to become disjointed, but just as things started to unravel, in to the discordance of the space that had begun to form stepped Jiwoon with the phattest, filthiest, slow-bass groove that I have ever heard. Immediately the crowd began to bob as one to the bass beat, and the Jam regained its poise and focus and exploded onwards, eventually finishing with a triumphant cover of Deep Purple’s 1971 single “Fireball” to bring the night to a close. 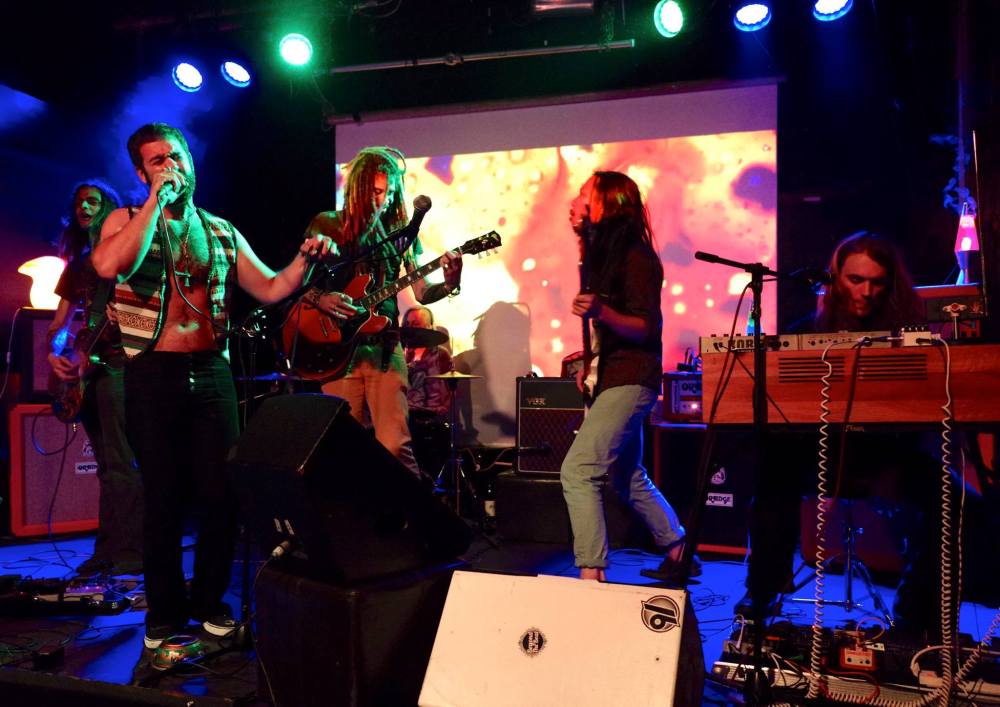 For all the Jonesing Jams can appear a little chaotic, it’s the improvisation and creativity of the artists allied with their skill and complete willingness experiment and learn from and be inspired by their peers that makes these nights special. You don’t come to a Jam to hear a band perform their hits to a partisan crowd, you come because you’ll experience something that has never happened before, because you get to see a crazy, collaborative, creative alchemy happen right in front of you and above all, because the Jonesing Jam is a hell of a lot of fun!

The Jonesing Jam “Fireball” are:

This article was first published on Rock At Night.

No sharing or use of images or text is possible without permission. Copyright Lampyandfox 2018 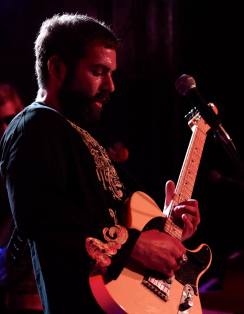 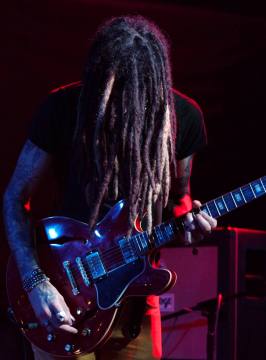 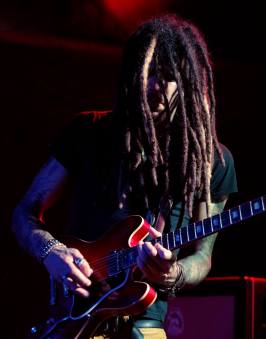 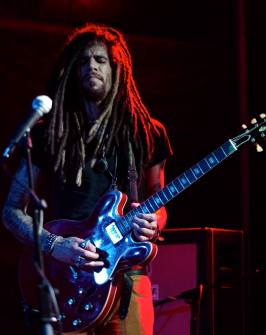 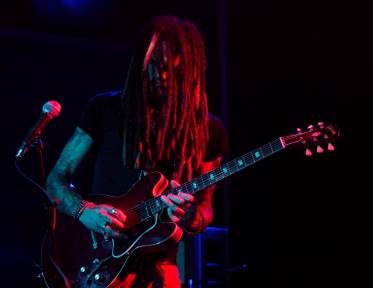 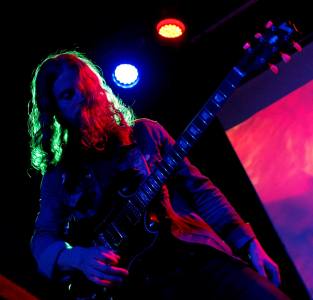 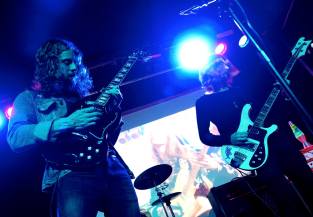 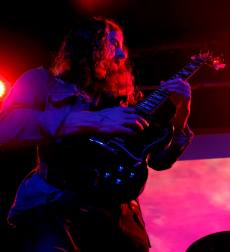 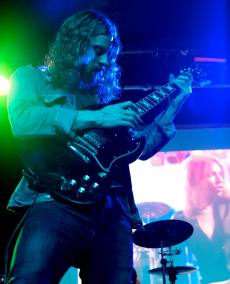 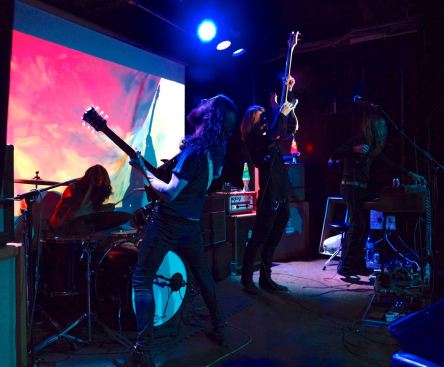 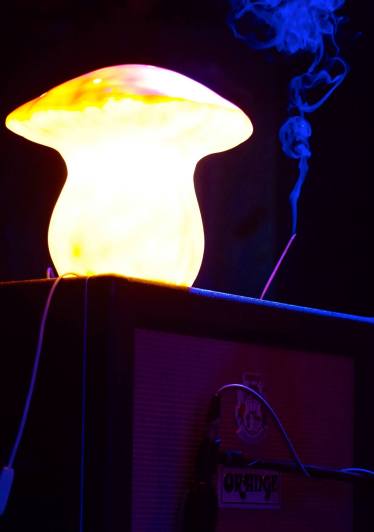 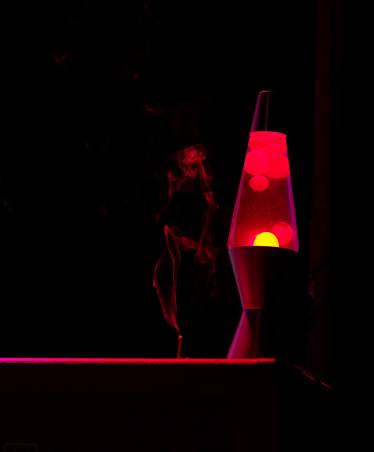 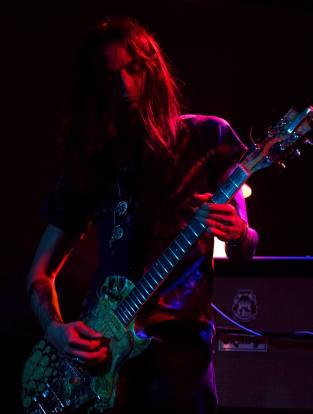 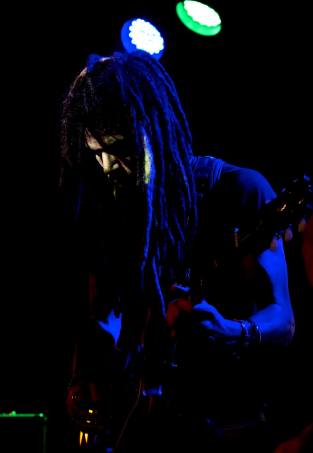 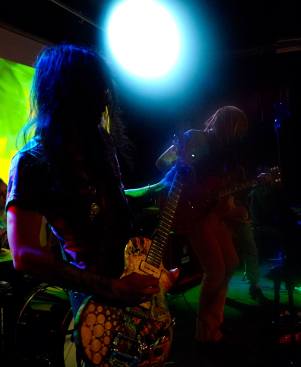 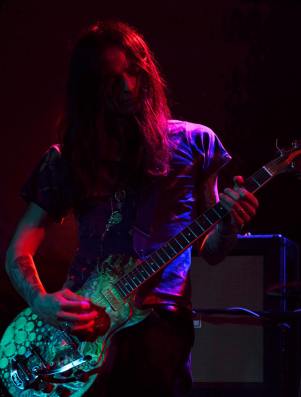 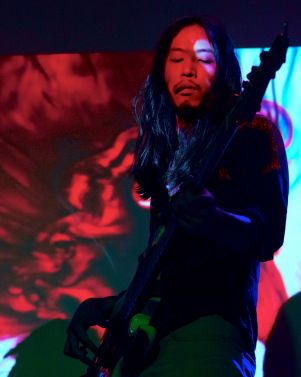 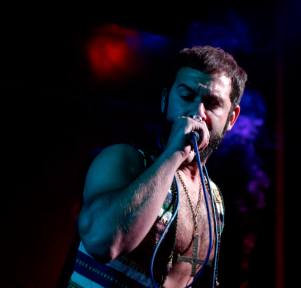 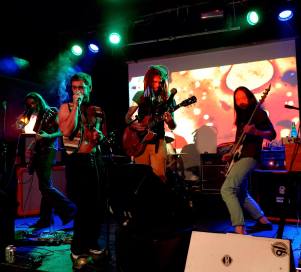