One Tuesday night back in early April, Lampy and I went to see the mighty Love Buzzard beat the living daylights of a drum kit (the cymbals did actually come off…) at Indo’s in Whitechapel as they got ready for their upcoming tour. Chatting to Kevin and Al after their particularly frenetic set we got around to talking about their tour and the band they’re supporting – Plague Vendor. Well, when a band as energetic (and destructive!) on stage as Love Buzzard enthusiastically describe another band as “Completely Mental” we realised the choice between Mull Historical Society and Plague Vendor for this particular Friday night’s musical excitement was going to be simple… (Sorry Colin).

Plague Vendor arrived at Rough Trade East to kick-off their UK tour with a veritable mountain of stuff including their own hired drum kit and a mountain of merchandise to see them through their tour. After a short sound-check the band were mostly to be found curled up in whatever comfortable(ish) spaces could be found ‘side-of’ stage’ in amongst the piles Record Day boxes taking a quick nap, perhaps still suffering a little after South by Southwest and their BBC session? 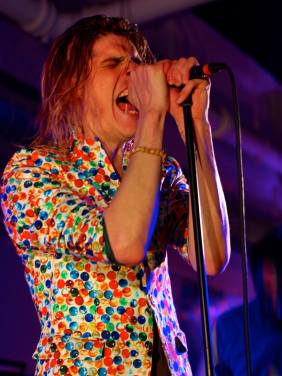 The quick recharge before their set was obviously worthwhile because when Plague Vendor climbed on to the stage a switch was thrown and the lovely, friendly chaps from Southern California became the “Voodoo-Punk” beast that is Plague Vendor. Their performance is tight reflecting the many shows the guys have done together since the band formed in 2009, but the performance is still full of raw energy, and it’s not long before your blood is pumping that little bit faster in time to the Vendor’s beat. For all the charismatic ferocity of Brandon Blane’s vocal delivery, his spirited stage show (he was to be seen swinging from the lighting truss by the end of the first song of the set and “borrowed” a particularly fine jacket from a spectacularly well-dressed gentleman in the audience for another song) and the veneer of thrashing guitar, it’s the deeper (and much darker) depths that set the Vendor’s music apart from your run of the mill punk/garage rock cross-over. It’s from these murky depths that curiously hypnotic, soulful melodies, and assiduously catchy bass hooks and drumbeats, reach out like the questing tentacles of some deep-sea kraken searching for more victims to ensnare and drag down beneath the surface. I’ll admit I might have been one of those victims… and judging by the looks on the faces of the rest of the crowd, I definitely wasn’t alone! This was an enthralling set I enjoyed immensely.

I hope Plague Vendor are not sharing their (hired!) drum kit with Love Buzzard… They may have issues getting their deposit back. I can see these two bands getting quite competitive when it comes to delivering the most savagely energetic stage-show possible. Great news for the crowd!

Lighting-wise, the lovely Lampy pulled off a bit of a blinder by carefully positioning the truss mounted power bricks to light the backdrop separately from the performers and uplighting the (rather shiny) drum kit. This allowed her to paint separate areas of the stage with contrasting colours making the band really stand out. Finally, Lampy deployed one her flock of “birdies” to provide continuous warm-white side light on the frontman and kept hold of another to use as a follow-spot when Blane’s stage antics needed a little more light.

With the amount of movement on stage I wasn’t sure I’d get a great set of shots, but the Vendor are indeed photogenic, and the extra light provided by the birdies enabled me to work with a greater depth-of-field than I’d normally get away with, mitigating some of the focusing issues with this particularly dynamic performance. The brightness of the birdies does mean I need to to a really thorough kit clean to cut down on lens flare as much as possible when shooting towards them – my weekend homework has been set! 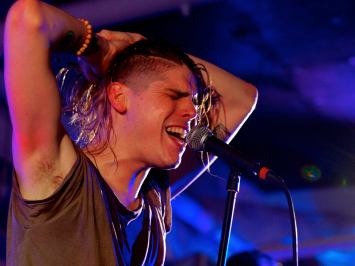 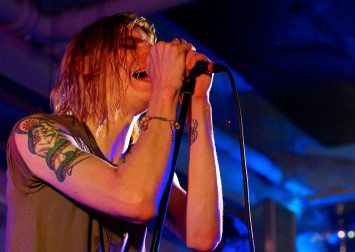 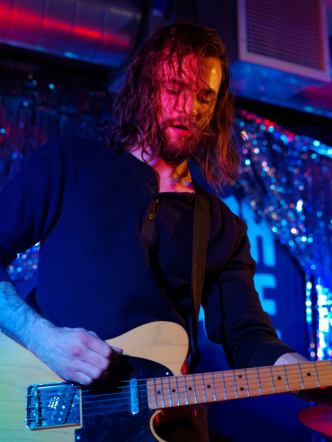 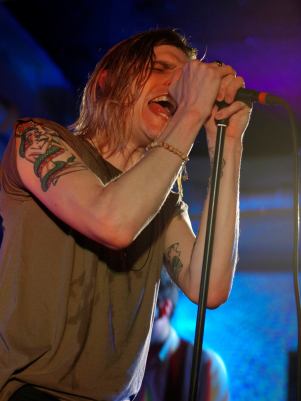