Somehow a baby grand piano has been magically transported on to the stage at Rough Trade.

The hustle and bustle of the shop continues unabated but at an unusually sedate pace with the lack of music being played over the speakers a concession to the artisan returning the piano to a perfectly tuned state after its translation from its point of origin. The atmosphere is quiet and relaxed and the baby grand produces lovely delicate notes as it is gently coaxed in to readiness for the evening’s performance.

There’s an expectancy in the air, and it’s well deserved. This evening Yann Tiersen will be playing tracks from his new album Eusa. The concept and evolution of this album is as intriguing as it is pioneering. Eusa is born of Yann’s close connection with, and love of, the rugged beauty of his home island of Ushant sitting off the coast of Brittany in the Celtic Sea. Field recordings of different locations on the island initially inspired Yann to write and release 10 pieces of sheet music that in effect were designed to create a musical map enabling the pianist to share Yann’s very personal impressions and experience of each location. Before recording the album version of his compositions, Yann set about subtly altering the original field recordings creating 45 minutes of deeply atmospheric gauzy drone punctuated with crystal-clear bursts of birdsong to form the backing track for both the album, and this live performance.

The crowd that gathers to see Yann’s performance at Rough Trade is fascinating and feels more diverse in terms of age and accent than many other in-stores. People have travelled for this and many nationalities are represented in the crowd. As the performance draws closer every movement at the side of the stage is greeted with excited whispers. On one side of me a is a young French woman that gabs my arm and squeals “Is that him!” every time a member of Rough Trade staff emerges from the staircase leading to the upstairs office. Whilst on the other side is a classical musician from Brighton who, after questioning me closely on my ear plugs (I have a set of blue custom moulded ProGuard ones – well worth the investment!) informed me that some people consider Yann Tiersen’s work “the soundtrack to their lives”. This is a crowd which contains some incredibly avid fans… I will admit it’s an odd feeling to be standing amongst them as a stranger to Yann’s music but it’s hard not to share the collective tension derived from the anticipation and excitement felt for what is to come.

Eventually Yann takes to the stage with little fuss or fanfare, smiling at the audience and nodding appreciatively, presses play on the well-loved, leather bound cassette recorder perched on a stool beside the piano and begins to play. The way Yann plays is instantly captivating. His finger-work is at once light, delicate and melodic, but at times deeper more solid, often soaring with subtle changes in pace and rhythm. From where I stand I can see his foot tap to an underlying beat that lurks deep under the music, perhaps another hint of the deeply personal connection to the island landscape that form the basis for the composition.

There’s an audacity to Yann’s approach where the silences between keystrokes emphasise elements of the altered field recordings and heighten the intensity of the moment. At one point his playing slows, with long seconds between the striking of individual piano keys. The organic whispering of the field recordings seem to seize the opportunity to seep through the gaps between the piano notes. All the while Yann’s foot continues to tap out the slow metronome of underlying rhythm as the silent crowd collectively hold their breath. A sudden blast of high-pitched birdsong from the backing track is the pin that bursts the bubble we all existed in for a few short seconds before Yann begins to play the next composition. The sudden flurry of notes heralding the next melody is like a dam breaking and the music washes over the crowd in a torrent.

There does not appear to be a real end or beginning to the individual tracks and as they merge I’m swept along with the rest of the enraptured audience. Each separate composition is linked to the next by an improvised piece, each of which is titled “Hent” which translates from Breton to English as “Path”. In effect, with each improvisation Yann leads the audience across the island to another location manifested as the next composition.

A quick glance reveals that several members of the crowd are in tears, such is the force of Yann’s performance. If I’d have looked harder, I’m sure that I’d have seen more people close to that state, but that didn’t feel like the right thing to do at that point in time given the very personal responses this music appears to provoke.

When the performance is over the crowds response is as loud as it is heartfelt. This music that bravely shares a deeply personal tie to the natural world and which, in turn forms equally personal and highly emotional connections with the individuals in the crowd. After this performance, my impressions of the crowd before the set make a lot more sense… 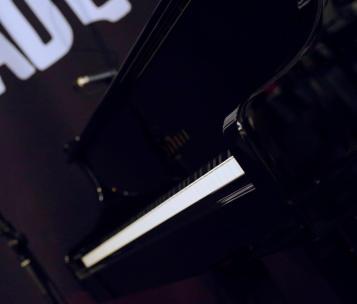 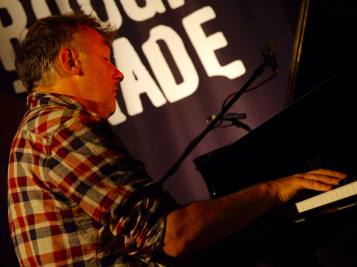 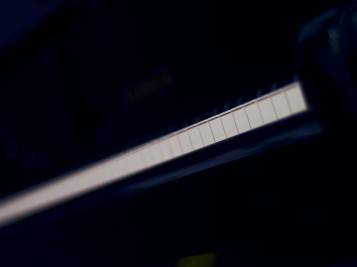